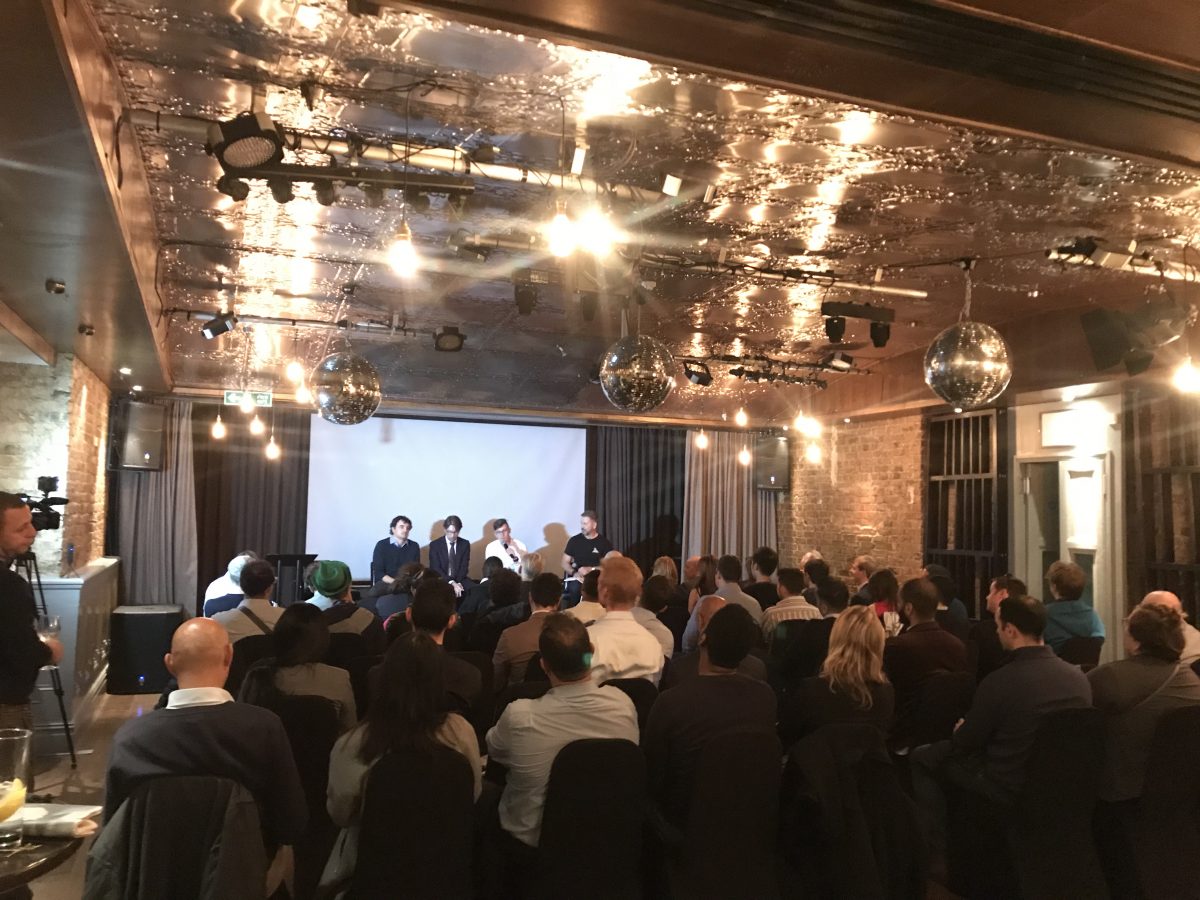 On Monday evening, our founder Troy Norcross moderated a panel discussion of expert speakers at The Fintech Times’ ‘HODL Your Nerve’ event. In front of a live studio audience, the speakers discussed the current position of ICOs and the outlook for the future.

The following article from The Fintech Times gives the rundown on a great evening.

Fintech TimesThe Century Club Soho played host to the Fintech Times’ very own HODL Your Nerve networking event and panel yesterday, with the future of cryptocurrency topping the agenda. On the third floor of the discreet little venue, up and away from a rain-sodden Shaftesbury Avenue, slowly filling up with theatre-goers, the setting lent the occasion an almost conspiratorial feel. Our speakers – Rudolfs Medvedevs, Mark Noorlander and Luigi Piva – guests and moderator Troy Norcross huddled (or should that be HODLed) together cosily in the Century’s Green Room and addressed some of the most pressing issues facing the sector today.

Whilst the panel came to the discussion from different directions they were able to reach consensus on two pivotal issues with relative ease. The first was the fate of the initial coin offering. It seems that, according to this trio, the days of the ICO as we know it are numbered. The second wave of agreement came when the need for regulation was discussed as, converse to what hardcore crypto purists would have us believe, there’s a real desire to see the governments of the world legitimise blockchain technologies through legislation.

On the unsustainable growth and subsequent decline of the ICO market in 2018, Medvedevs, Co-Founder of the Ternion exchange said;

“when my Grandma starts talking about cryptocurrencies and actually asking me questions, you know there’s something wrong with the market”

Luigi Piva of Elpis Investments used a similar homily from his homeland to illustrate what he referred to as the “typical investors cycle” which has come to characterise the market this year;

“We used to have a saying in Italy that when you hear housewives next door talking about stocks, run to the bank and sell everything”

When asked what developments he’d like to see in 2019, Noorlander of blockchain development outfit Flashboys, didn’t deliberate for long before asserting that whatever form new innovations take, “it only works when it is fully backed or supported by a government”, clarifying his stance by adding, “I believe in government regulation.”

Towards the end of the discussion, talk turned to the kinds of instruments that may replace the much-maligned ICO and the panel again chimed in unison that something closer to traditional IPOs, with their mainstream credibility, were a logical successor.

Noorlander commented that, from his company’s perspective;

“we find it positive…we’ve had a discussion with the Maltese government and they are actually supporting this at a high level, creating IPOs based on tokenisation”

“I totally agree, the way things are moving now, most likely, this big change is a good change”

As our guests finished their drinks and filed out into the overcast October night they may have found themselves pondering a similar predicament to the one faced by Kenny Rogers in his hit The Gambler. It appears that, when it comes to ICOs, you gotta know when to HODL ’em, know when to fold ’em, know when to walk away and know when to run. Whilst I don’t think any HODL Your Nerve attendees will feel like running just yet, a few will consider folding and a few more might even be getting ready to walk away.

Published by Fintech Times – an independent business newspaper. Bringing finance and technology together.