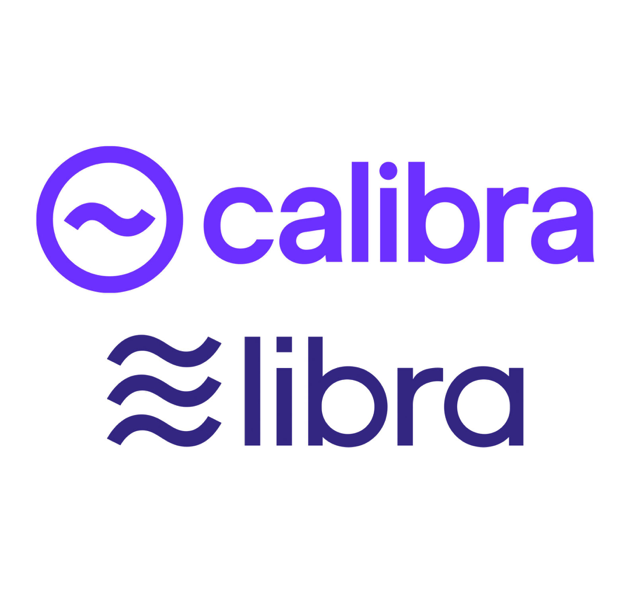 Of course, that hasn’t stopped the media from going absolutely nuts and creating a media circus. Congress has summoned Facebook to “explain itself” and requested that Facebook pause all efforts until the US Government can evaluate Libra. Maybe, if the US Government paid a bit more attention, they would do better to summon a representative from the Swiss-based Libra Association to make their plea. Frankly, The Libra Association doesn’t have to pay any attention to the US Government. Afterall – they are based in Switzerland and governed from there.

Is Libra money? (It will be)

The six characteristics associated with money:  Durability, Portability, Divisibility, Uniformity (fungibility), Limited Supply – and acceptance. Libra, as explained in the white paper, satisfies all of these characteristics except acceptance. And if Facebook drives any substantial portion of its 2Bn users, 90m advertisers and 70m small businesses to engage with Libra, then it will achieve acceptability.

Some are looking at Libra as an investment and applying investment “thinking” to Libra. When it comes to regulation, some jurisdictions are going directly to defining Libra as a security. Outside of governments, there are multiple debates on whether or not Libra can even be defined as a cryptocurrency.

But what if you throw away all of the things we know about and start looking at Libra as something completely new. What if you stop looking at whether or not it fits the mould of cryptocurrencies, blockchains or securities? What if you look at Libra as another currency? This currency is not by a central bank but backed by the Libra Association. Libra is not backed by a government. It is backed by a collection of assets with sufficient liquidity that every Libra can actually be converted back into fiat. If Libra is a currency (not just a cryptocurrency – but an actual currency) then there is scope for an entirely new set of definitions and hopefully minimal regulation.

Libra is intended to be used for transactions like a currency. Libra can be used for peer-to-peer payments. Libra can be used for purchases by merchants who accept Libra. Just as when you travel to the UK all transactions are made in British Pounds Sterling, all transactions made within the Libra ecosystem are made in Libra. With Libra, transaction costs are expected to be low or zero. Merchants will likely pay a transaction fee, but far less than what they are currently paying for transacting using credit/debit cards for payments. It will also likely be less than the fees that merchants pay for managing cash within their business.

How will you acquire Libra?

Just like when you decide to go on holiday and you go to the currency exchange service, you will use a currency exchange service where you convert your fiat money (currency such as dollars or yen backed by a government) for Libra. The exchange rates between Libra and fiat currencies will have some fluctuation but based on how Libra is designed it will have lower overall fluctuations over any current currency exchange pair. This is because Libra is backed by a basket of bank deposits and government securities from multiple central banks. By distributing the Libra Reserve across multiple currencies, fluctuations in any single currency have a smaller impact on the overall Libra exchange system.

As with exchanging traditional fiat currencies (e.g.; Dollars for Euros), there will be a variable exchange rate as well as a fee for performing the exchange. The fee will likely be a combination of variations on the exchange rate and some exchange fee. If you use a credit card or debit card to buy Libra, there will be those fees as well. Once you have Libra, you can then spend Libra within the ecosystem with no (or very low) transaction fees.

If you decide to convert Libra back into fiat currency, there may be some change in the exchange rate from when you purchased and when you convert back. Any gains or losses from those transactions will be taxable according to the tax rates for your local jurisdiction. If you receive Libra in excess of the amount you purchased (If you are a merchant accepting payments in Libra) then there are likely some accounting challenges in knowing how to calculate tax based on when you received the Libra and when you exchanged it back. As the Libra paper notes, most of the wallets and other financial tools which will run on Libra will provide the data necessary to assist you with this reporting. In the end, it will likely be the same as a UK merchant who accepts payment in Euros, only, in this case, the merchant will accept payment in Libra.

Exactly how will your Libra balance is stored and treated? Some have even asked why they are not going to receive interest on their Libra as a deposit. The balance is stored as ledger entries within the Libra network. Access to Libra will likely be via some form of cryptocurrency wallet. The Libra Association is not presenting itself as a bank. You won’t have an account with the Libra bank – because there is no Libra bank. Think of your wallet as an actual physical wallet. You don’t earn Euros in your wallet. You can spend them anytime you want. You can turn them back into Dollars any time you want. But the balance in your wallet doesn’t earn interest.

If you want to establish an interest-bearing account, then you would do well to deposit your Libra into an account where your Libra can be used as capital for other projects. Today banks allow you to have currency accounts including Pound, Dollar, Yen, etc. What is to prevent banks from offering a Libra account as well? In that case, you could reasonably expect to earn interest on the Libra deposited at the bank.

The Libra Association has been established in Switzerland as a non-profit organisation. Initially, there are 28 member companies, including Facebook. The plan is to have near 100 companies in the association at the time of launch. Following the governance of the Libra Association, the companies will manage the network, the reserve and the future direction of the project including developers, outside projects and non-profit investments.

Each company is required to invest $10M as part of the membership and for this, they receive Libra Investment Tokens. Holders of the Libra Investment Token will receive dividends from the Libra Association. This is one area which is still unclear. If the Libra Association is a non-profit, how can it generate dividends to token holders? Facebook has acknowledged that the Libra Investment Token is a security. Further clarity is needed to understand the structure of the token and whatever entity issues the tokens – and that entity’s relationship to the non-profit foundation. In the world of cryptocurrencies and tokens, these structures of foundations and enterprises are not uncommon. In this case, the structure is not yet clear.

Is Libra a Blockchain?

Much has been written about the nature of the underlying protocol for Libra. Is it a blockchain? Is it permissioned? Will they succeed in their plan to make it permissionless within 5 years? What are the characteristics of a blockchain? Etc. etc. etc. These are the wrong questions.

The question that matters is this: “Will consumers and enterprises trust the Libra as a safe and secure medium of exchange?”. Most people do not know how blockchain technology works. (Just ask owners of bitcoin how much they understand about the underlying protocol.) What people want to know is, “Can we trust it?”

Knowing the level of technical expertise being brought to bear on this project I believe the answer will be a clear “Yes. We can trust Libra blockchain.” The platform will be tested to within an inch of its life. There may be some mishaps along the way, but they won’t be fatal. Neither will the Libra blockchain be treated like a new startup who is launching a website were occasional outages and crashes are considered par for the course.

Calibra. The thing that almost no one is talking about is the biggest threat, risk and opportunity of the entire Libra project. Calibra is the wallet for accessing Libra. It is Calibra that will be integrated into Facebook Messenger, WhatsApp, Instagram and any other products from Facebook where users may engage in peer-to-peer transfer and/or purchases of products or services.

Calibra is a wholly-owned subsidiary of Facebook. Whereas Libra is NOT Facebook Coin. Calibra IS a Facebook-owned product. And what kind of company is Facebook? They are a data company.

In order to comply with all manner of regulation in multiple jurisdictions, Calibra will need to collect and maintain information relating to every consumer and business using the Calibra wallet. In banking speak this is KYC and KYB (Know Your Customer and Know Your Business). Calibra will also have access to every transaction within the Libra network that goes through the wallet and will be responsible for managing the risk of money laundering, terrorism funding and all of the traditional banking compliance requirements.

Facebook has made clear its intention to focus first on emerging markets. By providing identity and access to financial services, Calibra can drive financial inclusion and provide tremendous value to people and businesses in emerging markets. Larger expansion across the rest of Facebook will follow. In the end, Calibra could be the first truly global identity management platform which is KYC/KYB compliant across multiple jurisdictions.

Today’s payment systems only capture value amounts and transacting parties. They do not capture the detail of the transaction. When you buy two T-shirts and a pack of M&Ms, Visa/MC only see the total amount spent and the merchant. With Calibra is it possible that it would also be required for merchants to provide line item detail of the purchase. This is referred to as basket level detail. It has long been sought after but due to the challenges of updating and integrating point of sale systems – not to mention privacy concerns – this has never been broadly achieved or even possible – until now.

Calibra could collect the holy-grail trifecta of identity, value transfer and basket level data to truly understand consumer behaviour at a level that has never before been possible.

Back to Google, Apple, Alibaba and Amazon

Libra is a platform which may be a challenge to central banks and regulators – but the real challenge and opportunity is in the wallets and other financial services to be built on top of Libra. The real threat from Facebook isn’t Libra, it’s Calibra.